As the Joe Donovan and the Michigan baseball team have continued their excellent season, winning tonight to go 2-0 in their first two College World Series games since the 1980’s, I’ve noticed the increased traffic that this blog has gotten. Getting to play with Charlie, and watching him play alongside Joe for Prairie Gravel, were always exciting moments for me, and thinking about how great both of them are on and off the diamond has made me realize how truly blessed I was to have had first-hand experience of their prodigious talent for the game of baseball and for being incredible people.

For those that go on to read the rest of this: please know that I had not spoken to the Donovans about Charlie’s death prior to publishing this post, and even afterwards, it would not have been right for me to directly broach that topic with them, so what ultimately caused him to leave this world is not something I truly know, so take that into consideration. I also want to apologize for twisting too much of this story into one that focused on myself rather than strictly on the incredible life that Charlie lived.

Finally: I encourage you to visit the page of the charity that the Donovan family have set up in Charlie’s honor, called Charlie’s Gear. It is a fitting way for his legacy to continue to live on, to honor him and the entire Donovan family for their strength and humility through the last few years.

Today, the funeral one of the greatest baseball players in the history of Illinois, Charlie Donovan, took place.  He was one of the finest athletes in the history of Westmont High School and was one of the country’s top baseball prospects, a player that had a scholarship to play at the University of Michigan since his sophomore year.  His immense talent led to him being drafted by the Milwaukee Brewers in the 30th round of the 2015 MLB Draft, despite his commitment to playing in Ann Arbor his freshman year.

Growing up, I was fortunate enough to play on the same field as Charlie, both on his team and off of it.  Playing with him- watching him mash opposing pitchers, steal bases in the blink of an eye, snag effortless backhands, and throw people out at first base from center field, all while encouraging us to work hard and step up our games (instead of being demeaning), was nothing short of inspirational.  Playing against him induced a feeling that could only be described as fear.  Nobody wanted to face his blazing fastball in the batter’s box, get pummeled by his powerful swing, or be on the end of a speeding line drive off the end of his bat.  All things considered, I was a fairly decent Little Leaguer- in years of being top pitcher on virtually every team I played on, I only gave up two home runs, and both of them were in one game.  They were hit by Charlie, in the first game of a championship series in which he was my opposing pitcher (his team won the game by slaughter rule, 10-0).  As time passed, and my ability to play diminished, Charlie continued to up his already absurdly high standards, pushing himself and earning recognition as the one of the state’s top-2 prospects in the Class of 2015.

Charlie was more than just a world class athlete, though- he was a world class person, as well.  His stoic demeanor hid his true nature, that of a boy with a gentle soul who had a kind word for anybody that was lucky enough to encounter him.  He was very mindful, of the importance of his academic work and also of giving back to the community- Charlie had a 4.36 GPA in high school, and frequently volunteered at a local homeless shelter.  He was a loyal friend that would always have your back, no matter what.  But, first and foremost, he was the loving son of two caring parents, and a supportive sibling to his two brothers.

After hearing of Charlie’s untimely passing, I was shocked that a person as amazing, as strong-willed, as him was actually gone.  It is thought that Charlie suffered from depression in the time preceding his death, and that it may have played a role in his early demise.  I, myself, was diagnosed with clinical depression one year ago this month after a traumatic breakup that I thought, and still think, was entirely my fault.  My entire life felt like a burden I did not want to carry, like my world was crashing down and around me, and everything suffered for it- my academic performance, my social life, and my physical health.  I was hopeless.  I came to the conclusion that only seriously flawed individuals, with deeply rooted problems, were capable of getting depressed to the level that I was at.  After my recovery, I was taught a lesson, a lesson about how serious depression is, and how there is most certainly hope of recovering from it.  Charlie’s death taught me another lesson: that anyone, no matter how impeccable they may seem, no matter how deep the love and care for a person is, can be under the burden of depression, and that ultimately, what I went through could not compare to the depth of what so many that have struggled with, and may have even enhanced the stigma around the idea of what depression really is.

As it sunk in that somebody so well-rounded, athletically, academically, and socially is now gone, an issue arose, an issue that is not discussed enough in a public setting- awareness of depression, of what causes it and how it affects people, is extremely low; despite having gone through treatment for acute depression, I still do not have anywhere near the amount of knowledge of it as I could.  Of course, it is not an easy thing to identify, seeing that there are no clear-cut symptoms for everyone that has been diagnosed as clinically depressed, and it is certainly not an easy thing to talk about because of how sensitive the topic is to mental health advocates.  As a consequence of that, many people believe that depressed people are “weird,” or that they’re so sad that they don’t want to interact with society.  Those misconceptions make it difficult for people that do have depression to admit that they do- so too do people’s casual mentions of the idea of “being depressed,” or that something is so bad that it “makes me want to kill myself.”

And so, as more and more perceived pressure is put onto the people in an excessively fast paced environment, and more and more people have their lives tragically cut short, what can be said to make people aware of how to approach such an important issue?

For those who may be suffering from depression: stay active, and do so while trying to get out of your comfort zone. By staying active, you are able to keep your mind off of your depression and let it fade to the background. Go out with friends, and try to make some new ones. Play a sport. Get a job. Pour yourself into your schoolwork. Whatever it takes to keep yourself busy, do it. Getting out of your comfort zone is a just as important as actually doing something.  Focusing on the things that you were comfortable with before your depressive episode could end up being a trigger for you. Trying new things will allow you to avoid those triggers, learn more about things you might like to do, and meet more people that may end up being a key to your recovery.  And, please, tell somebody that you trust about what you are going through.  Telling someone how you feel may be one of the toughest things to do, but doing so will allow hundreds, if not thousands, of people that care deeply about your well-being will be there to help.

For those around people that may be suffering from depression: be patient and soft with the depressed person. Being patient is important because of how long the depression might have an effect on the person- it doesn’t just go away with the snap of a finger, and can, in fact, linger for years. It takes time, and there will be moments where it seems like little progress is being made. But staying patient, not just telling the person to “get over it” will ensure that the depressed person will not have any more stress in addition to what they already put on themselves. Being calm, and “soft,” is also vital when dealing with a depressed person. That doesn’t mean you can’t disagree with a person that is depressed, or convince them that what they’re doing is wrong. But if you’re too direct with them, you might up saying something you regret, something that might set off the depressed person. By being more roundabout in your conversations, you can avoid confrontation.

For everyone: learn, as I have, that anyone around you, even the person that appears to have their life completely together, may be suffering from depression.  Be kind to everybody.  Tell those close to you that you love them every chance that you get, and that they mean the world to you.  Be aware of your attitude towards depression, that you are not dismissive of people that have it and that you don’t make jokes about it.  Be aware of its drastic impact on people, and be aware of how to help people with depression, to encourage them and help show them they are important.  Because every life is worth living.

Continued prayers for Mr. and Mrs. Donovan, Jack, Joe, and all of Charlie’s family.  They have shown immense strength during one of the most difficult times any person could go through.  Charlie was a true shooting star, a hero for the hundreds, if not thousands, of people that he touched, and will continue to be one for many, many years to come. 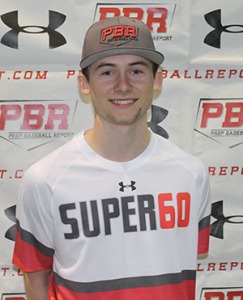