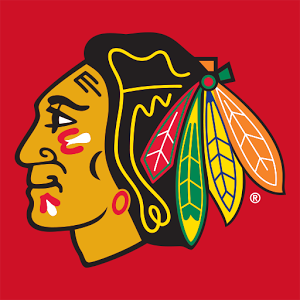 Perhaps I should have seen this coming.  Perhaps I should have known that this team’s struggles at the end of the season were indicative that maybe this team just wasn’t as good as people thought they would be.  Perhaps their lack of a real positive vibe, a real “it” factor, should have set off bells and whistles in my head.  But I didn’t- going into the playoffs, I was fully confident that my hometown Chicago Blackhawks, with their drive and talent and experience, would, at the very least, have a chance to play for the Stanley Cup for the fourth time in seven years.

Well… so much for that dream. The St. Louis Blues, who have had plenty of off-seasons to wallow in their playoff letdowns while their rivals celebrated success, defeated the ‘Hawks in 7 games, advancing into the second round of the Stanley Cup playoffs for the first time since 2012.  In no way, shape, or form did the Blackhawks lose this series- the Blues played with unmatched grit and determination, and their stars, players like Vladimir Tarasenko and David Backes, stepped up in clutch moments.  However, that doesn’t mean that it’s still baffling to see Chicago gone after the first round.  Here are a few reasons that I feel the ‘Hawks will be making early tee times this summer:

Blackhawks GM Stan Bowman did a phenomenal job of retooling the Blackhawks’ forward lines with a couple of shrewd mid-season trades.  Richard Panik, who played unbelievable on the top line next to Jonathan Toews, was acquired in January for a trade that sent the underachieving Jeremy Morin to Toronto.  Former ‘Hawk Andrew Ladd was brought back to Chicago in a deal that sent a first-round pick and the disappointing Marko Dano to Winnipeg.  Dale Weise, who scored the go-ahead goal in the 6th game of the Blues series to allow it to go to a seventh game, and Tomas Fleischmann were acquired for a second round pick and Phillip Danault.  However, as in recent years, Bowman wasn’t able to help the team improve its defensive depth.  Last year, this didn’t come back to haunt the team, as Johnny Oduya performed reasonably enough to help the trio of Duncan Keith, Brent Seabrook, and Nicklas Hjalmarsson lead the way to a Stanley Cup.  This year, however, there were some issues with the top 3.  Keith was suspended for the first game of the series.  Seabrook made a decent amount of costly turnovers.  Hjalmarsson was hobbled by the crazy number of shots he blocked.  In past championship seasons, if these three were struggling, guys like Oduya, Michal Rozsival, or Nick Leddy stepped up their game.  The guys on this year’s team, however, just weren’t up to the task- Rozsival struggled, and the alternatives to the gritty veteran were the inexperienced Trevor van Riemsdyk, the offensively adept but defensively shaky David Rundblad, and the mistake-prone Erik Gustafsson.  Each of them had their moments- a puck that went off of TVR’s skate won Game 1 for the Blues, Rundblad wasn’t hitting on his passes, and Gustafsson committed a turnover that led to Troy Brouwer’s series-clinching goal.  While offense is certainly important, it’s pretty clear that upgrading at the blue line- finding a top-4 defenseman- will be key to Bowman’s offseason plans.

It seemed that, at times, the Blues simply wanted it a lot more than the Blackhawks did.  I really don’t think that was the case- Jonathan Toews leads a core of players that, despite all their recent success, is still hungry for victory- but I think that Chicago just simply didn’t have the legs that their opponents did. In the past seven post-seasons, dating back to the first of the Blackhawks’ most recent Stanley Cups, Chicago has played 22, 7, 6, 23, 19, 23, and 7 games in the playoffs, totaling 107 games.  Many of those games finished in overtime, and after the first Cup win, many of those games were especially grueling, since everyone had bulls-eyes on their backs.  The Blues, in the same time period, have played 0, 0, 9, 6, 6, 6, and 7* games in the playoffs, which comes out to 33 games.  Of course, there were fresh legs that cycled into the Blackhawks’ rotation, such as Artemi Panarin, and more grizzled players that came to St. Louis, such as Troy Brouwer, but as a whole, Chicago was much more worn down, and it really showed- the Blues were livelier whenever they needed to be.  Hopefully, having an early start the summer will help the ‘Hawks recover some of their energy.

There were certain times where both teams absolutely dominated a game- Chicago’s second period in Game 6 is probably the best example of that.  However, based on what I watched, I felt that St. Louis happened to have had more dominant moments.  Imagine my surprise, then, when I found out that the ‘Hawks had outshot the Blues by seven shots per game and outscored them by a total of three goals throughout the series.  Despite this, the Blues managed to win the series.  Some of it can be attributed to Brian Elliott- he played unbelievable throughout the series, and if the Blues make it into the Stanley Cup after eliminating the Blackhawks and the equally-potent Stars, he deserves some major Conn Smythe consideration- but a lot of it comes down to poor execution on Chicago’s part.  That Andrew Shaw was the team’s leading goal scorer was very telling- Toews was nowhere near the offensive force he usually is, being stonewalled by Elliott on a couple of 1-on-1 opportunities.  Patrick Kane only had one goal, and his shooting seemed to be a little off.  Panarin struggled to find a rhythm.  Ladd hit the pipes as many times as he hit the back of the net.  It also seemed like Chicago’s big guns couldn’t step up when they needed to, as opposed to the vets from St. Louis, like Backes and Brouwer, who won the first and last games of this series with some truly remarkable plays.

Chicago had an interesting reversal of strengths when it came to man-advantage situations this season.  In past years, the team’s power play units had struggled while their penalty kill units excelled.  This year, it was the complete opposite, and that was especially evident in the playoffs- out of all the teams that played in the first round, the ‘Hawks had the third best power play percentage and the third worst penalty kill percentage.  That is not necessarily a problem in and of itself- the San Jose Sharks had similar stats to the Blackhawks, and they managed to completely dominate the Los Angeles Kings.  The problem is how the team managed to accumulate the stats that they did.  A couple of the power play goals that the team converted were in situations that didn’t exactly make a difference in the game- Shaw’s strike when the team was dominating Game 6 is a perfect example of that.  Also, the team’s poor penalty kill played a major impact in the result of the game- Jaden Schwartz scored the game-winning goal in Game 3 while his team was on the power play, and the two goals that St. Louis scored on the power play in Game 2 are the difference between a Blues win and a Blackhawks win.  As the Sharks have shown, you can be successful while having a good PP and bad PK, but the Blackhawks need to convert, or prevent conversion, in the most crucial situations more often.

It’s obvious that Mr. Bowman has some work to do.  There are a couple of people that I expect to see back- Shaw, who seems to be a top priority for the team, Fleischmann, who should be cheap, and Panik, who played exceptionally well in the playoffs- but even after retaining those players, and some other more minor pieces, the roster will still have some holes.  Assuming my math is right, I anticipate the team having about $2 or 3 million in cap space after its re-signings (and guys, I’m obviously being optimistic by putting Ladd in there, but a boy can dream, right?).  I feel that they should dedicate about it to signing a 4th defenseman- a guy like Roman Polak or Kevan Miller- and if re-signing Ladd doesn’t work out, spending about $2 million on a third-line forward Lee Stempniak or Dominic Moore while also signing a defenseman should be the team’s priority.  Of course, there’s always a chance that Stan the Man has some tricks up his sleeve.  Maybe he is able to convince some skilled veteran looking for a Cup to take significantly less money to come to Chicago, like he did with Brad Richards, or find a team to take on some, or all, of Bryan Bickell’s obscene salary.  Assuming that he doesn’t, though, here’s what I’d like to think that the team’s rotation could look like next year.