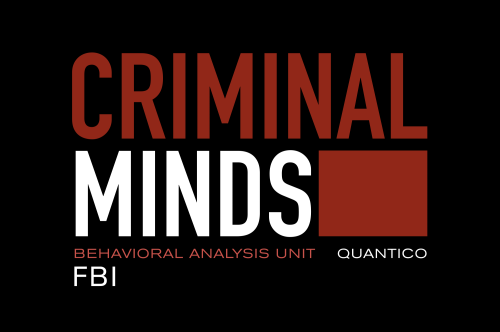 Since discovering the hit CBS show Criminal Minds, it’s safe to say that I’ve become a very big fan of it.  I’ve watched nearly every episode of every season, with the sole exception being the most recent one.  I follow nearly all of the show’s stars on social media (Matthew Gray Gubler, who plays Dr. Spencer Reid on the show, is by far the most entertaining), refer to all of them by their first names, and know all of their backgrounds.  I have debates with my girlfriend over the quality of each episode (she thinks its going downhill) and the relationships playing out between on-screen characters.  While the show has had a pretty solid run of success- it is the fourth-longest running live-action scripted show in the US- it has had a pretty sizable chunk of turnover.

While the show has so far withstood all of the departures that the cast has undergone, the most recent ones could signal a turning point in the show’s history – Shemar Moore, who played the hunky Derrick Morgan, left in the middle of last season, and Thomas Gibson, who played the brooding Aaron Hotchner, was dismissed from the show after a physical altercation with one of the producers.  Both men were series originals, and their exits have created some uncertainty over the show’s primetime staying power.

This turnover is not out of the ordinary for major shows; however, the majority of the time that a character leaves a show, it is a choice that is first brought up by the showrunners, like the killing off of Nina Sergeevna in the show The Americans, or a mutual decision, like the death of Patrick Dempsey’s character in Grey’s Anatomy, Derek Sheppard.  A character leaving the show in this way allows for some sort of closure to be brought to the character’s storyline; sudden exits, like the ones by Moore and Gibson’s former co-stars, Lola Glaudini and Mandy Patinkin, cause a panic that induces a show to rush its casting process to replace the old stars, possibly diminishing the show’s quality in the eyes of its particularly passionate followers.

Glaudini, the show’s female lead for its first season, left early in season 2 because of her rumored preference to live on the east coast (the show films in Los Angeles).  Patinkin, the show’s biggest name and lead character, left abruptly in the middle of season 3, citing the show’s “dark” material as the reason for his departure.  Having such major characters leave the show so soon was completely unexpected, for viewers and CBS executives alike.  To ensure the survival of their show, the show’s producers had to put a lot of money and consideration to replacing these vital cogs.

Luckily, CBS managed to snag two phenomenal people to fill in for their outgoing cast members.  To replace Glaudini, they brought in Paget Brewster as Emily Prentiss at the beginning of Season 3, and to this day, she remains the strongest female lead the show has ever had.  To replace Patinkin, CBS chose the seemingly laid-back Joe Mantegna, who has played the team’s elder statesman, David Rossi, since Patinkin left. Both of these characters, along with the promotion of AJ Cook to a full-time cast member, made the show into the smash hit that it is today.

It seemed that everything was running smoothly until 2012, when Brewster, who had previously been undercut by the show’s producers, announced she would not be returning to the show for its eighth season.  Since then, Brewster’s role has been filled by three people, including current cast member Aisha Tyler, but none of them have, in the opinion of many fans, myself included, come to have the depth that Brewster’s character did.

And that’s what is so crucial about replacing a major character- showrunners need to develop the new characters with the same mindset that they did with the old ones while still managing to give them unique storylines that are different from their predecessors.  One of the many reasons that one of my other favorite shows, FOX’s Glee, struggled to continue in the aftermath of the horribly tragic death of the show’s male lead, Cory Monteith, is that they couldn’t come up with male characters that had enough depth to replace him.  Jake and Ryder, played by Jacob Artist and Blake Jenner, respectively, were put in a very shallow, very volatile love triangle that didn’t resonate with viewers.  By the time that the show figured out how to make the show exciting again, it was in its final season, which was shortened to 13 episodes instead of the 22 that four of the previous five seasons contained.

Criminal Minds successfully replaced Patinkin and Glaudini, but its failure to find a permanent replacement for Brewster, twice, has led to a show that has started to lose some followers- its ratings last season were the second lowest in its history.  Now, with Moore and Gibson leaving, there’s a chance that the show will lose its primetime TV spot, or worse yet, slink meekly off into the distance, a fate that Glee unfortunately met.  The show is not yet, in my opinion, on a big of a slump as the ratings, and my girlfriend, see- Adam Rodriguez seems like he could be a capable replacement for Moore, and after getting Brewster and Mantegna to join the show, I have faith that the show can figure out what to do with Gibson’s role.  However, if the show’s producers aren’t able to come up with solid storylines for its new characters, Criminal Mind’s time as one of the country’s most popular shows will soon be up.