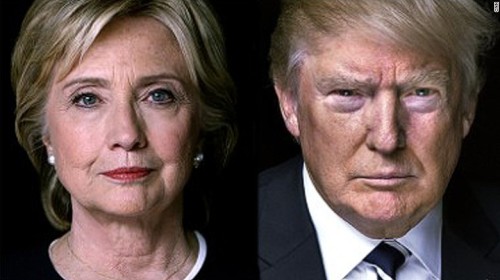 As one gets older, encountering momentous occasions becomes less and less frequent.  This past week, however, I got to experience one of these moments: I cast my first ever vote in an election.  I had a chance to vote in the Illinois gubernatorial race when I was a senior in high school, but the voter registration line was so long that it would have caused me to be late for my Microeconomics class, so I decided to pass on registering.  Because of that choice, I have the privilege of casting my first vote in national election; a Presidential election.  Having a say in who is elected President is something I’ve looked forward to since age 5, when I first learned about the office on my laminated Presidential placemat.  I greatly anticipated the moment of joy that would overcome me when I would receive my mail-in ballot, open up the envelope, and finally get the chance to exercise one of the most heralded rights of American citizens.

Of course, some of that joy dissipated when the country’s two major parties chose their candidates for this year’s election.  Both of them are among the most unpopular nominees for this country’s highest office, and they both seem to have a major issue with dishonesty, which is not an admirable trait for a person running to be the leader of the free world.  There are also a couple of “third-party” candidates to consider, and their relatively high popularity warranted taking a look at them.  However, after a lot of research and meditation, I decided to vote, as the title of this post says, for Hillary Clinton.  Ultimately, my choice came down to one thing: respect.

I’ve made it pretty clear, on this blog and virtually everywhere else, that I am a conservative, and as such, I agree with a fair amount of Donald Trump’s policies, especially those that are expected to be handled by his Vice President, and my fellow Midwesterner, Mike Pence.  Trump’s tax plan is far more appealing to me than Secretary Clinton’s.  His focus on the domestic job market, and his plans to fix it, seem to be admirable.  There are even some more contentious aspects of Trump’s campaign—such as immigration reform—with which my own views are more closely aligned than they are with Secretary Clinton’s.

However, I realize that being President consists of a lot more than simply creating plans to help address problems that they believe to be vital to improving our country.  It involves working with Congress, people from both sides of the aisle, to get a variety of different agendas accomplished, the most prominent of which involves the setting of the country’s budget; Donald Trump has incited a great amount of conflict between himself and Democrats, as well as members of his own party.  It involves working towards the betterment of every group of people in the country, and allowing them to have the rights and respect that they deserve; Donald Trump has repeatedly bashed women, Hispanics, and Muslims, and many women have directed claims of sexual assault at Mr. Trump.  It involves establishing policy for, and helping guide the actions of, the military; Hillary Clinton’s time as Secretary of State saw the military undergo one of its most effective, yet least deadly (in terms of American deaths) periods in recent history, leading to her having some of the highest support from members of the Armed Forces for a member of the Democratic party, while Donald Trump has repeatedly bashed veterans that have called for unity, including one-time Presidential candidate John McCain.  It dealing working with international leaders to prevent outsourcing of American jobs and securing better trade agreements with the country; the only leader that Donald Trump seems to respect, and the only leader that hasn’t openly come out and declared their hope that he is not elected, is Vladimir Putin.

In short: you can’t just have good ideas as President; you actually need to see them into action, and you do that while working towards your own interests while also honoring and respecting the interests of others.  This is why Franklin Roosevelt and Ronald Reagan are held in (relatively) high regard by people on both sides of the aisle—they may not have had policies that were viewed favorably by their ideological opponents, and may have put some policies into place that did more harm than they did good, but they were thoughtful and respectful towards their opponents, and that made them, and the country, significantly better.  For those looking for a modern example, check out the governor of Massachusetts, Republican Charlie Baker; Massachusetts has, as a state, has voted Democratic since 1988, and yet Baker has enough sway in the state government that a key vote involving charter schools (a vote supported by wealthy Republicans) may pass in large part due to his popularity with both sides of the political spectrum.

This country has some major issues that need to be addressed, and in order for anything to be accomplished, I feel like Hillary Clinton needs to be the one in office.  I admit, voting for Secretary Clinton is not something I’ve done with much glee.  I’m more than well aware of her dishonesty, evidenced in her handling of Benghazi and her own Clinton Foundation, as well as her carelessness, which has been highlighted by the multiple email scandals that she and her campaign have had to deal with.  I realize that there are many policies of hers that, if enacted, would see my future look a little less stable than it is today.  I am nervous by some of the failures that have beset some of her greatest crusades in her 30 plus years of service to the American people.  I’m sure that she, as it is with every other possible candidate, has some other flaws that could end up being major issues if she is elected.

I feel that moderate Republicans like John Kasich and Marco Rubio would be a much better fit, but they are not the Republican candidate (I could write a whole other blog post in concurrence with this about the chaos in the Republican party, but I’ll save that for another time).  Mr. Trump is, and the lack of respect that he has shown for so many important factions of this election process will cause conflict in our government the likes of which we have never seen, and our country will not be “great” again, but rather fall into greater disrepair than it is already in.  The third party candidates are good stories, too, but neither of them seems to have a clue about the magnitude a job like the Presidency (for more on this, watch this John Oliver video here).  Voting for them would be, in my mind, a waste of time, because it draws away votes from the person that is best positioned to actually get things done.

Therefore, I believe that a vote for Hillary Clinton is not only the best vote, but the only vote, to assure that our country keeps on moving in the right direction.  Her ideals, work ethic, dedication to the country and its people, and above all, respect for her peers and opponents, make it so, and I can only hope that my vote will help make history and elect our first ever woman President.

I know that this post will not sit well with some of my family, friends from my ultra-conservative hometown, and my fellow business students, and that it may surprise some other people.  Whatever the case, I would love to discuss this election, my more in-depth views on Secretary Clinton’s and/or Mr. Trump’s policies, or politics in general, with anyone that is willing to do so.  If you are up for it, contact me here.