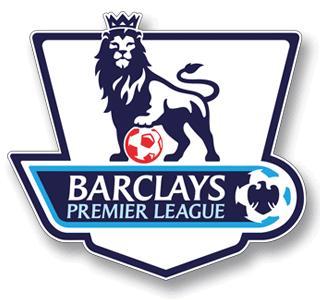 While the fight for survival has been more interesting than the fight for the championship last few seasons, the competition at the top of the deepest league in the world has never been greater.  So who will manage to pull out on top this season?  Will it be Antonio Conte’s defending champions Chelsea, or will one of their London rivals snatch the trophy away?  Could a squad from Manchester, or from Liverpool, manage to top the table?  Here is the second part of my prediction for the upcoming season:

The Hammers had a very disappointing season last year, with the drawn-out departure of Dimitri Payet seeming to throw a big hitch in how manager Slaven Bilic planned to construct his team.  The team also never seemed to get comfortable in the old Olympic Stadium, finishing with a -12 goal differential at home.  However, the team did finish strong by losing only one of its final seven games, and their four major transfer acquisitions—striker Javier “Chicharito” Hernandez, winger Morgan Arnautovic, right back Pablo Zabaleta, and goalkeeper Joe Hart—shore up both sides of the field.  In addition, none of those newbies are “me-first” players like Payet, so Bilic should be able to construct a more balanced team.  As such, I see them bouncing back and competing for a spot in Europe this season.

Jurgen Klopp has had a pretty frustrating transfer season—his top two targets, Naby Keita and Virgil van Dijk, never came close to joining the Reds, and the team’s best player, Phillipe Coutinho, seems to have a foot out the door.  Klopp did bring in two other studs to fill gaps in the team—fleet winger Mohamed Salah to fill the gap caused by Raheem Sterling’s departure to Manchester City and Andrew Robertson so that James Milner doesn’t have to play out of position.  However, Coutinho’s partnership with countryman Roberto Firmino and winger Sadio Mane is what made the team’s attack so explosive last season, and I anticipate that his departure, without Klopp strengthening the center of the park with more defensive players, will put the team into a bit of disarray…

Want to see the full second part of my preview of the upcoming Premier League season?  Click here to visit my soccer-focused site, gunnerupdates.com!